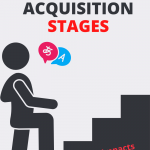 There are various factors that impact second language acquisition. For example, educational background and native language proficiency are two important factors to consider.

A strong educational foundation allows the learner to cope and acquire another language with ease. This is because they have the experience of learning in an academic environment. These kids are able to transfer what they learn during the second language acquisition process.

The experience of learning a second language may also vary over time. The following stages describe how a person acquires a language. Learners progress through five predictable stages described below.

Although at this stage a learner cannot yet speak. One begins to understand more language slowly. This includes basic words such as “hello, come here”. He/she may also be able to say simple words.

Meanwhile, in the early production second language acquisition stage, a child begins to speak using more words and sentences. The student focuses on listening and absorbing the new language. When speaking many language errors may occur.

A learner begins to use short sentences such as “how are you”. Additionally, s/he may understand short sentences and be able to answer using single words such as, “fine or good”.

At the speech emergence stage, a student has good comprehension. Additionally, a learner can produce simple sentences, use more phrases, and ask questions. Grammatical and pronunciation errors are often made during this stage.

The learner engages in more conversations but is conscious of their language learning process. Interpreting happens for a less period of time because language becomes more fluent. However, jokes and idioms are not always understood.

During the intermediate fluency stage, a learner communicates and writes using more complex sentences. As a result, a student has excellent comprehension skills. In addition, he/she engages in academic learning more independently.

In this stage, you’ll see fewer grammatical and pronunciation errors. Students are much more comfortable using the language. Additionally, less interpreting happens in the brain to communicate and understand.

The stages of language acquisition are the predictable stages that language learners experience. It is important to keep in mind that parents and teachers play an important role in the language development process. Recognizing and understanding these stages helps facilitate a child’s language experience.