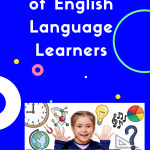 Who are English language learners?

Across the United States, schools must identify potential English language learners. The home language survey allows schools to find potential ELLs by inquiring about the languages spoken in the home or by the child. When a parent notes that another language is spoken at home this gives an ESL educator to begin the screening process.

A well-known screener is the ACCESS or WIDA test. Students that score below a 5.0 on the screener officially qualify as English language learners. Language proficiency or ability is reported as a level of 1-entering, 2-emerging, 3-developing, 4-expanding, 5-bridging, or 6-reaching.

An annual assessment monitors student language proficiency each school year. The annual test is similar to the language screener. It assesses progress in listening, speaking, reading, and writing. Additionally, the annual test yields a proficiency level that describes a student’s language ability.

By law, a parent notification is sent home each year to inform parents of a student’s language test result. Parent reports show each domain as an individual score. For example, a student might score a 1-entering in speaking but a 2-emerging or 3-developing in writing. In general, the test reports each area individually.

In a parent report, you’ll also find how a school is providing English language development services. Note that instructional models vary by school. Some schools offer pull-out services while others offer push-in or co-teaching. The parent letter is also used to communicate when a child transitions out of ESL services.

Once a student is ESL he/she is provided language services and assessed to monitor language progress. Transitioning out of ESL status may take several years. However, some students are able to transition out in one year.

Is your child an ELL student? Share your experience or ask any questions you may have!